We talked about health inequalities, particularly mental health inequalities at our Assembly in September 2021. Read our discussions about how we can encourage trust between staff and patients and ensure that people are listened to and valued. 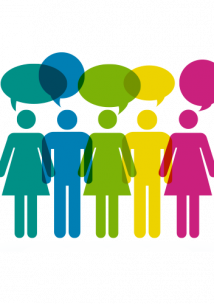 We then discussed how we can encourage trust between staff and service users.

Finally, we broke out into smaller groups to discuss the following topics in more depth:

What we were told

We started our discussion by talking about trust. We were told that trust comes from respecting people’s experiences, views and stories, and that health and care organisations should put effort into raising cultural awareness. The importance of basing services within communities was also mentioned.

People thought openly acknowledging that health inequalities exist and actively advocating for change is key. While the topic might be uncomfortable, it is essential that those with any kind of privilege educate themselves and address any unconscious biases and assumptions that might distort their perception. It is also essential to tackle the power imbalance between people from white and BME (Black and Minority Ethnic) backgrounds. Due to our focus on the Ethnicity and Mental Health Improvement Project (EMHIP) and the terminology used by the project, we have continued to use the term BME throughout discussions and the report.

Other issues of inequality, such as sexism, ageism, ableism, homophobia and transphobia, and intersectionality (i.e., being discriminated against because of multiple personal attributes, e.g., ethnicity and gender) were also highlighted by a number of attendees.

In the breakout rooms, some people talked about how empathetic listening and building rapport with clients is as important as clinical knowledge for establishing a good relationship between people and services.

Short appointment slots seem to be an issue, as they often stop professionals from exploring the root cause of mental health issues, and this in turn impacts the quality of care provided as well.

People also said that there is too much emphasis on collecting quantitative, objective data, and that investment in collecting qualitative data and hearing collective stories of communities and individuals would be necessary if we were to truly shine a light on the systemic issues existing within health and social care services. However, reflecting on potentially traumatic events can be upsetting to individuals, therefore it is important to treat their stories with respect; this can be done by being clear about how the collected information will be used, gaining informed consent to using data, as well as using people’s own words to fully represent their experiences.

Tackling inequalities in healthcare was said to require commitment, clear and consistent leadership, and drawing from both the above-mentioned qualitative data and systemic feedback obtained from services. Working on this issue on a long-term basis locally and on a manageable scale was suggested to be more effective than taking on too wide a scope and only carrying out one-off, short-term projects.

We will use this information to inform our work over the coming year as well as encouraging people in charge of health and social care services to involve local people and community groups in tackling health inequalities.

You can download the report summarising what was discussed below. 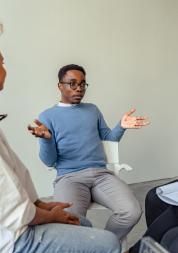 Findings from tour event about Mental Health in the Community – 16 March 2022
31 March 2022
Read more about our event looking at supporting mental health and...
Find out more

Experiences of Long Covid
13 October 2021
Read more about the experiences of people living in Wandsworth and...
Find out more