We spoke to people receiving support from East Wandsworth Community Mental Health Team in 2019. Read on to hear about how the organisation has worked on their action plan to address what people told us. 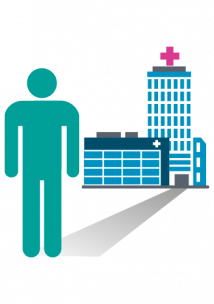 In summer 2019 we spoke to people who are supported by East Wandsworth Community Mental Health Team (CMHT).

The role of Community Mental Health Teams (CMHTs) is to provide treatment and support in the community for people with serious mental illness who cannot be treated or supported by primary care services but who do not need to be in hospital.

We spent 2 days speaking to service users, carers and staff about their experiences. The result of this visit was a report from Healthwatch Wandsworth about our findings and recommendations which can be read in detail here and we have continued to follow progress against an action plan that the organisation created to address the findings.

"detailed and informative report which set a of recommendations for the Trust to help improve the experience of service users and carers. Healthwatch has been working with the Trust over the last year to ensure that these actions are completed."

Our recommendations are set out below along with what SWLSTG Mental Health Trust has told us about their work since we visited.

Work done:"The Trust completed a session with staff around engaging and involving service users in their care. This was well received by staff and was delivered by the clinical manager. Another good way to aid learning is by using actual complaints feedback. Service Users experiences of (good and bad) can be very potent and so as well as ensuring complaints actions were completed, complaints were also feedback at team meetings."

"The Trust obviously works hard to minimise any disruptions to service users and carers. Turnover of staff does cause disruption as well as creating a lack of continuity of care. However, increase turnover is common in some areas of the NHS. We have worked with East Wandsworth on its recruitment plan and we have either substantive staff in place or we are in process of recruiting to all substantive care coordinator posts in the team. Our aim to is to reduce use of temporary staffing as much as possible."

Recommendation 4: Ensure that carers feel that their voice is heard.

"Carers are important part of our service users care and so working well with carers should be a key focus. We worked on a number of areas of improvement which included following up on recommendations made in the teams Triangle of care audit (although some of these recommendations are still in train as they require a more Trust based approach), ensuring that the carers champion role was revived and refreshed and ensuring carers feedback from complaints were discussed in the business meeting. We also arranged for the Carers Centre to do a session with staff around what they offer. As a result of work done within the Trust we have now achieved stage 2 accreditation under the Triangle of Care."

Recommendation 5: Ensure that all patients (including those not on CPA) and their carers are properly prepared for discharge and that following discharge a letter is sent to the GP within 7 days.

"We know as an organisation that discharge from the community team can be an anxiety provoking time. We have Primary Care Plus base in our GP surgeries to act as a bridge to less support but preparation for discharge is key. We have worked with East Wandsworth CMHT on it discharge processes and updated the teams discharge checklist and this presented to the team. We also completed an audit of discharges to see if the correct processes were followed in terms of informing patients about discharge in a timely manner, this found 70% of service users were informed in a timely manner. There were 20% service users notes audited showed that they had refused to engage with services but more could have been to work with carers on discharges."

Recommendation 6: Develop a welcome pack and/or welcome email for patient’s referred to a CMHT. This should cover what patients and carers should expect from the team and who to contact both during and outside working hours. There might need to be different version for CPA and non-CPA patients.

"Having accurate and up to date information about services is key for service users and their carer’s. We initially started to do work around developing a welcome pack however, it quickly became apparent that the suggestion made by Healthwatch was worth pursuing across the service line. This piece of work is being actioned by a working group set up by Karen Annis our lead occupational therapist. We have in the meantime ensured that the team have access to correct Trust based generic leaflets."

Recommendation 7: More should be done to provide a reliably and directly accessible, as well as clinically qualified, out of hours (including weekends) source of advice and support for CMHT patients experiencing difficulty, with access to the Crisis and Home Treatment Team as necessary.

"Knowing what to do out of hours in a crisis is important for service users, carers and significant others. The Trust has a support line that can be accessed outside of hours. Support line workers are trained to be able to triage and direct peoples calls outside of hours, they will also have access to people’s crisis plans. The crisis line staffing has been increased since the start of the pandemic to provide 24/7 coverage including clinically trained staff. Key actions as result of the Healthwatch visit was to ensure that all service users had a Crisis plan and that out of hours support is clearly set out in the crisis plan. The audit we completed showed that only 30% of cases audited had no reference to out of hours support. Our key performance indicators showed that we were in target in regards service users on CPA and Non-CPA having a Crisis Plan. The auditing of crisis plans happens monthly and feedback given directly to the care co-ordinator."

Recommendation 8: The team need to ensure that patients are involved in the co-creation of their care plans (or the next steps in their treatment if they are not on CPA) and their crisis plans and that they understand them and have a copy. In order to be able to document and monitor this requirement routinely the Trust should consider the need to amend its existing electronic records system.

"Co-creation of Care and Crisis plans is an important part of how we work with service users. A sample of case notes were audited prior to the visit to ensure that care coordinators were completing the patients views section of the plan was completed. We found that this section was not always completed although there were some good examples of care plans that had been created with service user input. The audit feedback was given to the manager of the team. The team were also given a session on care planning standards. Case notes are audited on a monthly basis and audit feedback given to individual staff."

Recommendation 9: The Trust should consider with the responsible commissioners the case for devoting additional resources to reducing the overall size and caseload of the East Wandsworth team in the longer term while minimising disruption.

"The Trust acknowledges the recommendation raised regarding the size of the team.  There was some initial work completed by the team manager and clinical manager to bring the CPA caseloads back within normal ranges. In September 2020 the Trust green lighted a project to look at the feasibility and cost implications of creating an additional team (splitting the current team). The project group is now moving ahead with plans to realign the team and to put in additional management support. The Trust will work to ensure that disruptions to service users are kept to minimum. There some benefits to service users as teams would be more closely aligned with Primary Care Network GP practices and this will help with GP liaison."

Healtwatch Wandsworth will continue to speak to the Trust about community mental health support and the themes that arose in our recommendations. 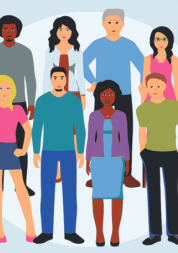